…some are hereditary.. meaning they are passed on from parents via genetics…

Here we are going to talk mainly about the former.

Purebreds, in general, have more health problems than mixed breeds, or mutts.

And that is because the gene pool is smaller in purebreds and the chances of a genetic ailment is therefore increased.

Breeders can minimize the manifestation of health ailments in purebreds by taking some precautions when selecting mates.

The worst that can happen, is that two mates that suffer from the same health condition get bred (mated)… because that will only increase the chances of the offspring to have that ailment.

When it comes to avoiding Belgian Malinois health problems, this is something very important to consider.

Stock have to be well screened for any genetic health issues if they want to produce healthy puppies.

Some ways of screening for genetic issues is by studying the lines back into the parents of the parents… using information found in the pedigree is useful for this.

Other ways of screening for health problems is by doing exams at the veterinarian.

Sometimes, however, no matter how many precautions a breeder takes, there’s always a chance a puppy once in a while can manifest a health problem.

But at least some due diligence is done to minimize it…

With that said… some of the more common health problems for Belgian Malinois include,

Belgian Malinois health problems can be avoided by getting a puppy from reputable places that care about the breed long term.

Because acquiring a Belgian Malinois puppy is a big decision, you probably want to do a lot of research to make sure that your puppy doesn’t later develop health problems.

Compared to Other Breeds

Belgian Malinois health problems are something that is of great importance to all of us that want to improve the breed and preserve its great qualities.

History has much to teach us in this respect.

It has been a proven pattern that most breeds that come to the U.S. and become popular, are degraded and eventually ruined.

The most common example is the German Shepherd.

This has led to our bad reputation and to the always present hesitation of European breeders to sell their dogs to U.S. breeders.

In that regard, I can’t blame them…

we need to clean our act and take more responsibility for the amazing breeds and their heritage passed over from our European friends.

Until now, (probably because of the lack of widespread attention to them)…the Belgian Malinois has relatively VERY LITTLE health problems compared to other mainstream breeds in the U.S.

Police departments and the military have long been replacing their K9 units with Malinois for this same reason.

Since they are health hardier, medium in size and yet still powerful…they make the ideal partner to perform the demanding roles of a police officer or a soldier.

But I Already Have a Belgian Malinois…What Can I Do?

so you have a Malinois already…

If you have a Belgian Malinois, you want to make sure you give proper nutrition, you keep parasites in check and keep environmental toxins at a minimum.

This will go a long way in avoiding Belgian Malinois health problems to develop.

Many times the weakest link in the genetic chain get broken when tension from outside stressors are placed.

And those stressors include everything from diet, air quality, water quality, hidden toxins, and more. 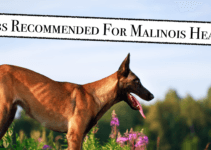 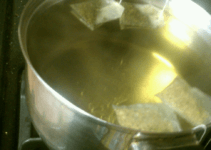 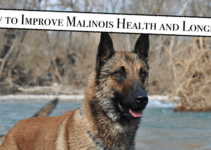