Most classical music is dramatic in certain points yet even and smooth. These sound variances can affect your Malinois’ mood and behavior. A soft classical piece can calm and relax a Malinois. A wild up and down tone can have him acting as dramatic as the music. Maybe classical music isn’t your or your K9’s favorite music.

The deep bass and fast rhythms of heavy metal rock music may cause some K9’s to “rock out”. Malinois hear sound at a higher decibel than humans do and sound leads to a perception of the sound. Malinois may run wild across the room or start “rocking” to the beat. Heavy metal rock music probably isn’t what you’d use to relax or calm a K9 but the fun antics can be a hoot to see.

Most country music will lull a Malinois into relaxation. Songs that include a violin or harmonica may kick in the howling instinct in some Malinois dogs. It seems to appear that sad country songs will affect your Malinois’ mood. The Malinois may sulk at soft sad ballads or may settle in nicely with a smoother more upbeat sound.

How Wood and Wind Instruments in Music Affects Malinois

Wooden instruments like a flute or piccolo can cause a Malinois to start howling. This is also a common occurrence with flutes, clarinets, saxophones and even harmonicas. The sound kicks in old communication frequencies from high pitched tones. These tones can also be heard in some sirens and stringed instruments. Some high pitched humans can sing in this range and Malinois will howl back like they’re yearning for their pack.

Malinois dogs that have soft even toned music playing will be less anxious and more relaxed. The hearing faculties in Malinois are in a different range than humans yet music affects them nonetheless. Some Malinois enjoy Elvis while others will enjoy Pink Floyd. If music makes them feel good it’s considered therapeutic.

Does The Breed Matter in How Music Affects Dogs

The breed of the dog will play a factor in how music affects dogs. Those with perked up ears will hear higher frequencies (think Malinois, Yorkies or German Shepherd Dogs) as opposed to lop-ear dogs such as the Beagle or Cocker Spaniel. There are breeds that have a keener auditory system than other breeds. These breeds would be most affected sonically than other breeds. It’s built into their DNA.

Sound plays a big part in Malinois’ lives. It alerts them to dangers, allows obedience to humans and gives them the same therapeutic effects from music that people experience. There’s nothing better than rocking out with your best K9 friend. 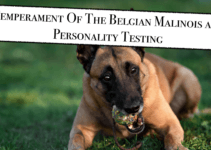 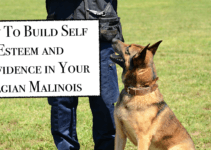